John Stuart began his legal career as Counsel in the San Francisco Office of the California Department of Financial Institutions.  After leaving the Department, Mr. Stuart joined the same major national law firm as Mr. Reitner and moved to its Washington, D.C. office.  He practiced there until forming the firm with Mr. Reitner in January 1996.  In December of 2020, Mr. Stuart retired from practicing law.  Mr. Stuart is married with two daughters and a son.

Mr. Stuart’s practice is currently concentrated in regulatory, corporate, securities, and acquisition matters largely involving banks (national and state), bank holding companies and thrifts.  He ended his tenure with the California Department of Financial Institutions in 1978 as Assistant Chief Counsel then being responsible for the overall supervision of the day-to-day affairs of the Department’s legal staff. Mr. Stuart has written and lectured extensively on topics related to bank law and regulation. 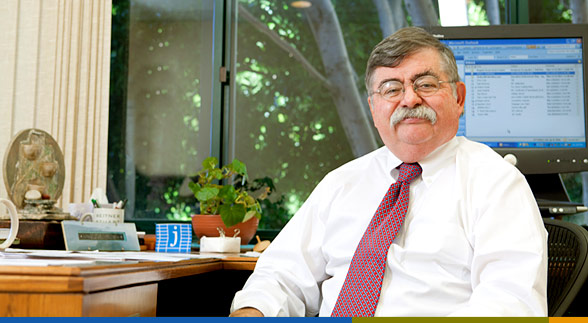 His experience at the California Department of Financial Institutions included: drafting of legal opinions; reviewing securities offering documents; reviewing the legal aspects of acquisition applications; negotiating legal aspects of problem and failing banks; participating in the total rewrite of the California Financial Code relating to the regulation of banks and preparing implementing regulations; and rendering general legal advice on a variety of banking issues to the Commissioner and the Department’s staff.